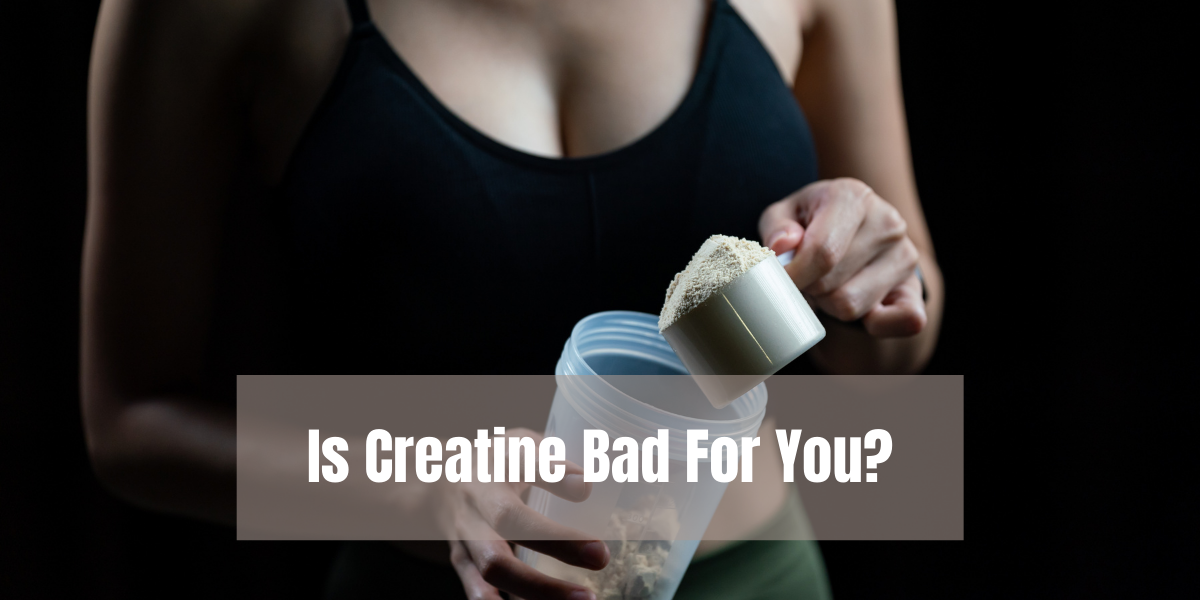 Many people ask “Is creatine dangerous” so here we will go into the subject to answer this popular question.

Creatine is a naturally formed amino acid that is found in the human body, especially around the skeletal muscle. The human body generates Creatine naturally, partly from the diet we take and partly on its own.

A healthy person has about 120g of Creatine, most of it being in the form of a compound called PCR. The body can store a maximum Creatine quantity of 0.3 g per one kilogram of body weight. The body produces about 2g of Creatine per day.

The chief food sources of Creatine are fish and red meat. Half a pound of raw meat provides about 1g of Creatine for the body. Creatine that does not come from food is produced endogenously by the body from amino acids.

What Does Creatine Normally Do In The Body?

In the body, creatine is changed into a molecule called “phosphocreatine” which serves as a storage reservoir for quick energy. Phosphocreatine is especially important in tissues such as the voluntary muscles and the nervous system which periodically require large amounts of energy.

Why have I been hearing so much about creatine and neuromuscular disorders?

Two scientific studies have indicated that creatine may be beneficial for neuromuscular disorders.
First, a study by MDA-funded researcher M. Flint Beal of Cornell University Medical Center demonstrated that creatine was twice as effective as the prescription drug riluzole in extending the lives of mice with the degenerative neural disease amyotrophic lateral sclerosis (ALS, or Lou Gehrig’s disease).

Second, a study by Canadian researchers Mark Tarnopolsky and Joan Martin of McMaster University Medical Center in Ontario found that creatine can cause modest increases in strength in people with a variety of neuromuscular disorders.

Want To Start Taking Creatine — Is Creatine Dangerous For You?

For the most part, athletes haven’t experienced adverse side-effects from taking creatine, although recently there have been a few reports of kidney damage linked to creatine usage.

No consistent toxicity has been reported in studies of creatine supplementation. Dehydration has also been reported to be a problem while taking creatine.

What Are The Side Effects?

18 Some reports showed that kidney, liver, and blood functions were not affected by short-term higher amounts or long-term lower amounts of creatine supplementation in healthy young adults.

In a small study of people taking 530 grams per day, no change in kidney function appeared after up to five years of supplementation. Muscle cramping after creatine supplementation has been anecdotally reported in some studies.

There are several benefits of Creatine. Creatine boosts anaerobic energy in the body. It provides instant energy to the body, improves muscle strength, and makes the muscle suitable for high-intensity, short-duration exertion like weightlifting or sprinting.

Benefits Of Supplementing With Creatine

Creatine is generally taken as a supplement by athletes who need heavy bursts of energy. Creatine acts as a catalyst to a special chemical reaction that occurs in the body when a person does high-intensity, short-duration work. The body generates enough Creatine to accommodate such kind of a reaction. For additional exertion, Creatine has to be taken additionally through food or through other forms.

The Benefits In short

There are several Creatine supplement products in the market today. Creatine is available in capsule, chewable and powdered forms. One teaspoon of the powdered form contains 5g of Creatine monohydrate.

The recommended dosage is 1-2 teaspoons with 8 ounces of water per day. Nevertheless, the dosage can vary depending on body exertion. Athletes usually follow a dosage cycle comprising of loading and maintenance phases.

So to answer the question “is creatin bad for you” I will say for sure not, but important not to overdo it and do it as prescripted. It’s a really good supplement for short periods of time.